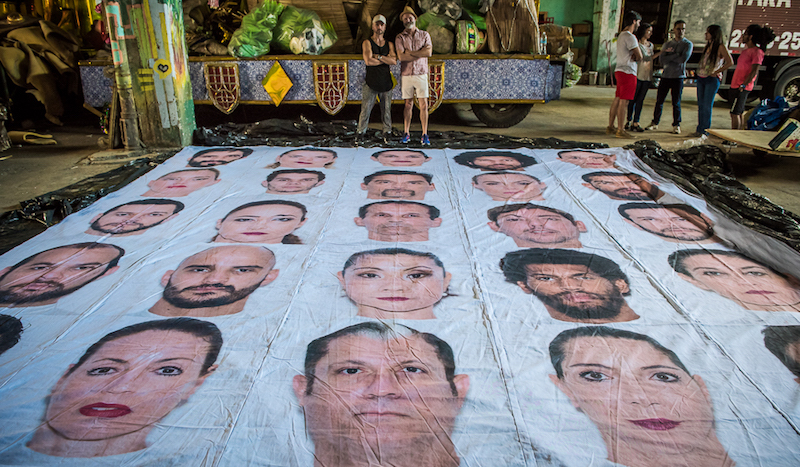 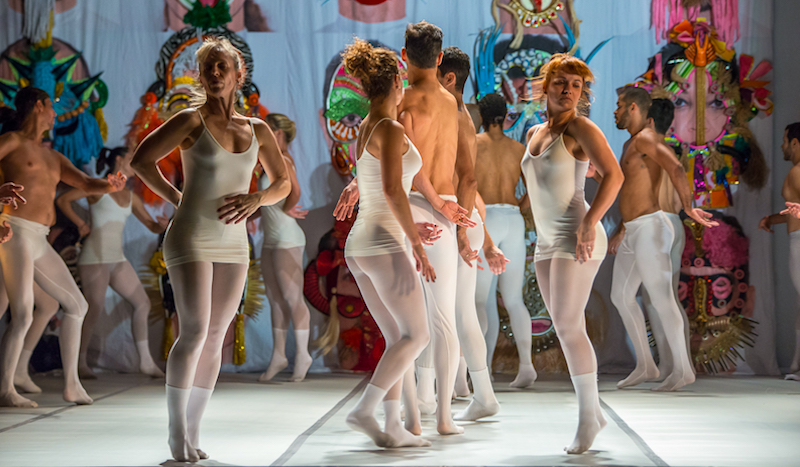 This production included a remarkable cultural collaboration with Brazilian Samba School, G.R.E.S. Acadêmicos do Grande Rio who collaborated on and crafted the exotic set design. The work is by far one of Philip’s most spectacular dance creations, navigating the spectacle of Carnival and colourful motifs of South Pacific iconography all woven into an impression of Brazil.

Pacific draws new perspectives on the assimilation and transformation of multiple histories, influences and people that have formed the contemporary societies of Brazil and Australia. Pacific will premiere as part of a triple bill program at Teatro Municipal de Niteroi on the 11th November, 2016. This program Escaleno, also features works by ‘André Mesquita’ (Portugal) and ‘Alex Soares’ (Brazil). Pacific is part of the longer-term exchange, People of Cities includes workshops, talks, displays of handcrafted costumes and photographic exhibitions.